From Reno Project
Jump to navigation Jump to search
MetroWorlds 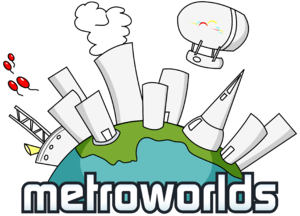 The idea for MetroWorlds first came about at the end of 2013, when it was realised that the WorldsAway technology was still owned by Fujitsu. Discussions were had as to the feasibility of setting up a new service and talks with Fujitsu were setup, through a contact of one of the founders. These discussions took place in early 2014.

Around that same time, a trip to one of the Fujitsu offices in America was made to sign an agreement in front of a licensed notary that Fujitsu provided. This agreement said that MetroWorlds had their full permission to use the WorldsAway software and artwork without any fees, or support provided.

After this was taken care of, development began using a Sun Ultra 10 desktop workstation where the founders were able to login and play around with ideas. Close friends were invited to help test and participate in the brainstorming process. It was during this time that many names for a future virtual world were thrown about. AltWorld was the working title for several months but was never going to be used for the real title. Ultimately, Metropolis was the name settled upon. With this name in mind, the idea of a cityscape was decided to be the best route to go down. It was decided it would be easier to plan out a city and have it be easy to navigate compared to any other design. It also helped that the Fujitsu archives contained plenty of artwork available that would work with this theme.

From the very beginning, a central hub area was included in the city planning. It was felt that having a focal point would make it easier to navigate and could allow for some interesting theming that would go with this concept. This hub area became known as The Point once Metropolis finally opened to the public. Similar to Seattle's Space Needle in appearance, with a host of exclusive high end apartments, a viewing platform and a private staff area, it was hoped that people would see it as an iconic part of the virtual landscape.

The rest of the city was built around The Point in a square fashion so you wouldn't ever get lost. This also allowed the founders to plan for future expansion because it would be easy to tack on a region at the end of a street or coming out of one of the other existing regions.

Due to this, as well as it being the founders first time operating such a service, the decision was made to have a temporary beta world so that the server could be stress tested in terms of volume and stability. It would also be an experiment in community management as this was also new to the founders at the time. Having had previous experience in relevant fields in their personal lives, it would turn out that there was a learning curve when it came to virtual worlds spaces specifically.

The design for Eden was inspired by a garden like region, created by Greg Specht for the WebWorld showcase world that Fujitsu were using to provide a demonstration of the WorldsAway technology to potential partners and licensees. That one region was used in Eden itself, with some minor tweaks.

The design was kept simple on purpose, to keep that small world feel, so you would be more likely to bump into another person on the street and start having a conversation.

Eden opened to the public at the end of August 2014 to wild success for the time period. Numbers in the 200's were common for the first week of service, which was high when you consider that the only other WorldsAway technology based service had been closed down for a month and Eden launched with no advertising, just word of mouth.

Up until this point, nobody else had ever launched an English speaking WorldsAway based world of their own outside of the Fujitsu umbrella so there was a lot of intrigue and hope in the air.

Another subheading talking about other Eden things